Vegans should not play with matches

Protein and healing from injury.

Giving up veganism, in this case, came with an added health benefit: Early in his hospital stay, his doctors reportedly had trouble getting his skin grafts to take, which Barker said in interviews was due to his low levels of protein; after a while on his new high-calorie diet, they had more success.
Click to expand...

That reminds me its time to eat some beef

It's as bad for the body as smoking

And it's totally hipster ghay.

or cucumber in hand ! 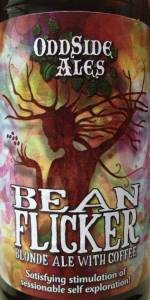 Ive never understood the desire to head in the vegan or vegetarian or any other fucken 'tarian mistaken direction.

Why do people go against what is proven to be healthy?

I've tried veganism for about two years, and fruitarian for about two weeks. I wanted to experience what the hell these people were talking about (from a health point of view), and to see if this lifestyle does in fact affect one's brain and attitude.


It affected my brain alright, as I went missing from Ausbb for a long while

As far as health is concerned, I got fat around the midsection, with plenty of visceral fat deep within, something I'm working to get rid of now.

Even though I was involved in it, I was never judgmental (as these people are ) of non vegans, especially their arch enemies, the paleo follower.

I feel on top of the world when my raw cholesterol consumption from egg yolks is high (I include egg yolks with my whey shakes). And I feel much better when I have no dairy either, with whey protein, butter, and ghee being the only exception to the rule here.

Each to his own is what I say.

100%. But we need protein and to deprive oneself (im actually assuming that you yourself ate more protein than most vegans?), is like self torture, and defies logic.

Im a beef man myself, the last few weeks ive actually upped my beef intake to daily and am eating a steak in the morning with half an avocado, some cheddar cheese, and a plentiful serving of a variety of vegetables. This is in place of the 2 scoops of whey in 250ml of milk ive comsumed for almost 2 years straight for breakfast. I wasnt bored of that shake as its delicious, but i had begun getting quite bloated about an hour after it over the last few months...

Im still having one here and there, but only half size and only if i need the extra protein on that day. Seems ok thus far in smaller doses.

Tim, my attitude and knowledge regarding the amount of protein that is optimal for the human being, only changed in 2016. Before that I was always conservative when it came to protein consumption. Granted that when I was weightlifting, I was eating plenty of protein, but went the opposite way when I took up bodybuilding. Looking back at it, I think it had something to do with trust, as I didn't trust the Weider muscle magazines with their push of everything protein. I did myself a disservice really, and it took me over 30 years to realise my mistake, as it took one man to persuade me regarding the benefits of protein, that man was doctor Donald Layman.

We grow and we learn, but I think the main thing worth noting, is to have a non judgmental attitude toward others who are not like us. You know the irony Tim, is that as competitive sportsman, we ought to revel in the fact that people (or our competition), does not follow what we believe to be optimal, this way the edge is maintained..., as I'm sure they'd be thinking likewise. Hence I say, each to his own.
You must log in or register to reply here.
Share:
Facebook Twitter Reddit Pinterest Tumblr WhatsApp Email Share Link
Top