do I even lift?

6 minutes in, couldn't be fked watching any more, how does it end?
B

He is basically saying bodybuilding is dying - the current bodybuilders have turned into a bunch of steroid freaks and their bodies are no long symmetrical or conditioned or human anymore. Steve believes a real bodybuilder is someone who has spent years of hard work, building their body, conditioning their muscles, gaining symmetry and being the best you can genetically be.

He has a point - the current dudes DO look like freaks. Greene, Cutler, they're just SO big, their bellies SO bloated by HGH, their muscles just excessively large and bizarre looking on physiques that look as if they're made out of play doh!

Reeves is also writing a monthly column for Muscle Development magazine and is appealing to everyone within the industry to cease backing and promoting steroid ravaged competitions and bodybuilders and wants the sport taken back to it's natural glory days.

Reeves said he never took drugs to achieve his physique. He worked out hard, ate well and slept adequately.

Nothing will change in bodybuilding. The fans wanted bigger and better every year.
Last edited: Jun 13, 2012
B

Hey it wasn't me saying it! lol

I guess the calibre of steroids taken these days are a different landscape? But that's what he said "I never took drugs to enhance my physique".

Why is it hard to believe Reeves was natural?

BellaBaby75 said:
Hey it wasn't me saying it! lol

I guess the calibre of steroids taken these days are a different landscape? But that's what he said "I never took drugs to enhance my physique".

Hes a liar then lol.

Any bodybuilder.in the steroid era took steroids. There was no natural bodybuilding back then.

In before "oh he looks achievable natural though." LOL
B

Regardless, Reeves was absolutely right concerning the state of bodybuilding today.

I was just musing on the drugs debate yesterday at Doherty's, as puny me stared up at the great photos (local guy did them), the text by Arnold from one of his lecture tours, and the ever-running video they have in there of the current monsters of the BB world (Cutler, et al).

I couldn't help admire their dedication to, well mostly, their drug taking. Is there any other sport in the world that allows their athletes this much leeway on drugs? Imagine if an accredited national sporting body came along and enforced mandatory drug testing on these guys? The sport would die overnight.

They are superhumans, no doubt, but it's all built on artifice. Arnold is probably one of the greatest hypocrites on the planet - he would have been just a big guy with great genetics if he hadn't moved across to drugs. Now it's his job to deny drugs to everyone and cover up its use in bodybuilding, and lecture time and again on working hard and pursuing your BB goals (even if it means a lifetime of using???)

Some days I admire it, some days I loathe it. Yesterday was a loathing day.

if mandatory drug testing was involved in bodybuilding

there would be no bodybuilding,

YOU as a fan of bodybuilding demanded they be bigger better every year, just like fans of any other sport.

+ 1 to this - "Arnold is probably one of the greatest hypocrites on the planet - he would have been just a big guy with great genetics if he hadn't moved across to drugs. Now it's his job to deny drugs to everyone and cover up its use in bodybuilding, and lecture time and again on working hard and pursuing your BB goals (even if it means a lifetime of using???)"
D

from the research Ive done on reeves I would say he was natural. When did Steve reeves compete and when was dianabol invented. ? wasn't it *first invented in the late 50s? early 60s? and it was not that good, ud prob get better results from creatine...Reeves competed from 1945 - 1950

And how come he looked so good at 15 - 16 ? if he ws on roids then who was going around to farms selling roids to poor farmer boys ? Look at his teenage pics. By 16 he was looking great. How could some farm﻿ boy get steroids in pre 1940? lol. he achieved this with a few months training 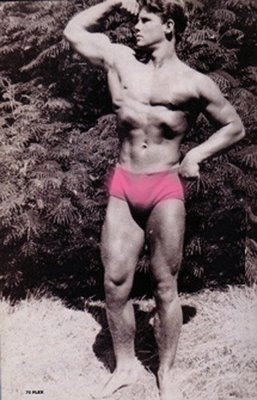 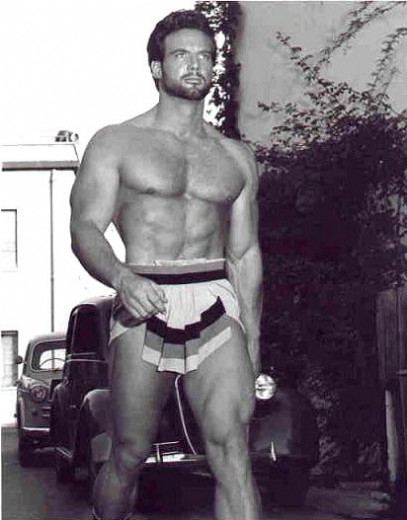 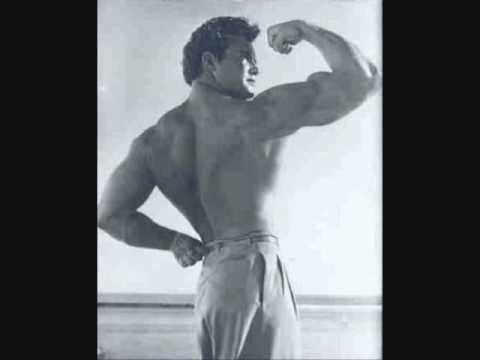 I have done a lot of research and found quotes from them and friends and family saying that he was natural.

The only thing I ever heard of Steve Reeves using was B-12 Shots.
he was 100% natural for sure ,somehow natural guys nowadays are double﻿ the size of him ..If reeves was on roids he would be like the rest. he would fuck up his body.his physique would not be a thing of beauty,he's just an over-drugged monster,like the rest,its not bodybuilding its body destroying,natural rules the world.If﻿ it goes any further 'forward', the guys won't be able to walk onstage by themselves. The progress is -all- chemistry.

Prime Reeves, at 6'1", competed between 212 & 215 lbs. Prime Sonny Liston,﻿ former baddest man on the planet, at 6'1/2", was 212.5 lbs. The world's greatest all-round athletes, decathletes, are a bit over 6', always under 200 lbs. Where did bodybuilding get the idea that it's better to weigh almost 300 lbs at 5'9"? Aren't they supposed to represent the athletic male ideal? Most of these guys can't even run without chafing their thighs, or do more than 1 or 2 chin-ups..Modern bodybuilders look like freaks and are ignored by the wider public, bring back natural bodybuilding inspired by the ancient Greek ideal and I promise you not only will you bodybuilders be healthier. You will also get the adoration of the masses.
Mass,﻿ definition and aesthetics. It is the harmony of these things which creates beauty. The modern extreme monsters are a blight.Body Building was a sport long ago. It wasn`t until﻿ the 80`s when roids took over that coverage ceased Today, the MR. O is covered by Muscle mags, no longer part of the mainstream. Its hard to believe how much the body building community has changed, yet in the same token, gyms are thriving more than ever, supplemental sales are growing and more people embrace natural body building.Yet, its whats preceived by the masses. which has destroyed the sport of BB..


Mainstream bodybuilding is in the dark ages, it was once the golden age and Steve was a HISTORY his body was divine, statuesque and PURE NATURE!!!!! He should be an inspiration for those who think Bodybuilding is how it looks today.. Steve Reeves had a very aesthetically pleasing physique. The broad shoulders, huge lats, and small waist line set the tone for the V-taper effect that other bodybuilders like Frank Zane inspired after. In my opinion the physiques of classical bodybuilding are more pleasing to look at and strive for than what we see today in modern bodybuilding. Im not trying to discredit the hard work these guys﻿ go through but in the end Id rather look like Steve Reeves.

The man was in﻿ a class of his own. Genetics+hard work+sheer class = STEVE REEVES. 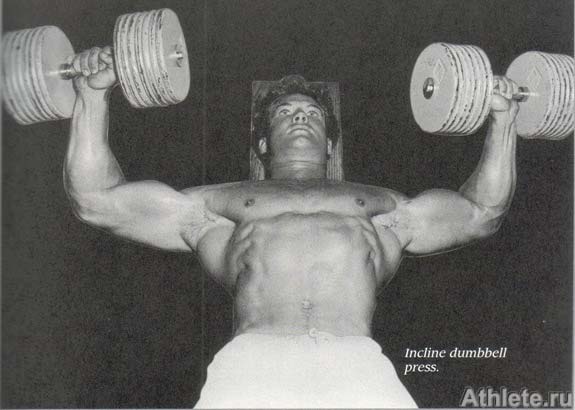 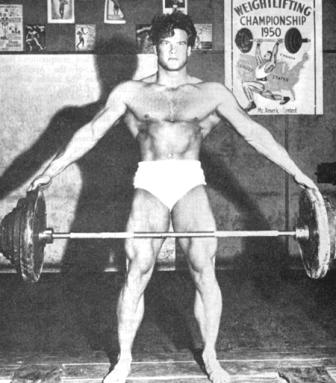 His shoulder width is amazing. I read in his book that he was trying to make them even wider but he couldn't because of a shoulder injury. Anyway, check out Vince Gironda's side deltoids in the pic below. It's amazing how they create a great illusion of width:

Todays bodybuilders look like Gorgos or freaks, and Bodybuilding competitions are nothing more then pharmaceutical conventions.

take the steroids away from them, they would just be an ordinary Joe, and their so-called wonder method that they got out of the magazines wouldn’t work any more.

Quotable Quote by Steve Reeves
“Today, everything about the top bodybuilding champions is oversized; they have lost the whole purpose of bodybuilding which is to create a harmonious whole, not to exaggerate the development of one part or parts, of the body. A body has hands, legs, feet, arms and a head. If a man’s arms appear bigger than his head, his body is thrown out of proportion.”

“Today’s bodybuilders are carrying too much muscle for their frames, which distorts and obscures the natural lines of the body. Why these men would aspire to deform themselves at such tremendous sacrifice is incomprehensible. This has been indulged in to such an extreme that I’m thinking of sanctioning a special Steve Reeves Trophy to be presented at shows to the man whom I think has the most classical proportionate, tastefully developed physique. The man who doesn’t actually win the contest might win my trophy, which in the long run might be more prestigious.”

“I don’t believe in bodybuilders using steroids. If a man doesn’t have enough male hormones in his system to create, a nice hard, muscular body, he should take up ping pong.” 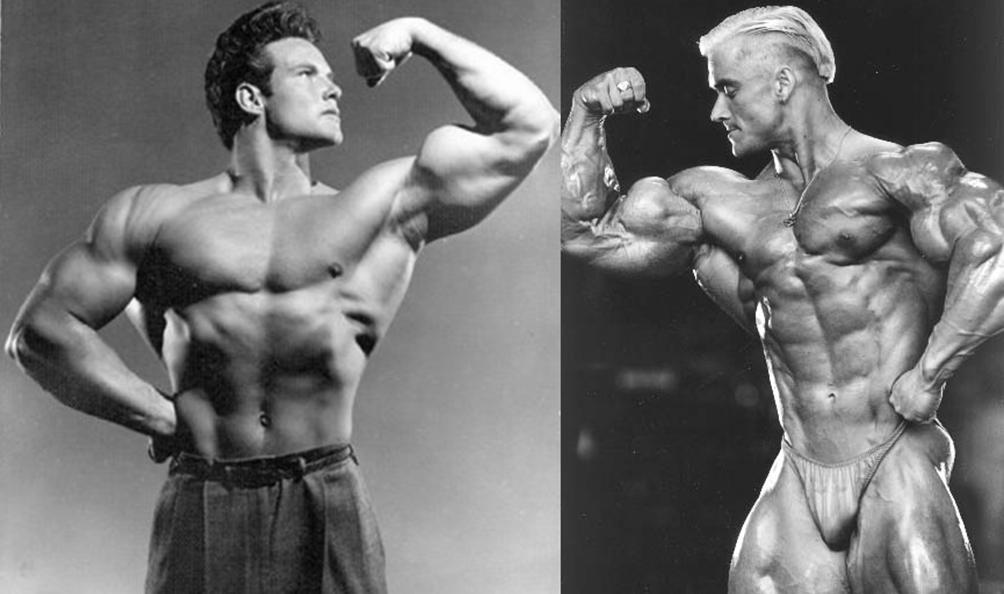 Bodybuilding prior to 1950 in America reflected a healthy lifestyle and homosexuality.

It was called physical culture.

I see myself as a physical culturist, minus the poof tag.

he is no one anymore, bodybuilding has evolved
D 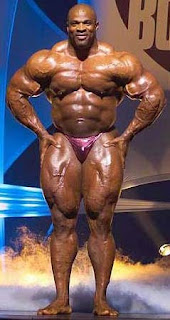 That's Lee Preist. probably taken more or just as much stuff as the "Blocky fat Kunt" Ronnie you posted.

Just goes to show that new age BB can have the aesthetic look.

LOL. You got no idea buddy.

That's Lee Preist. probably taken more or just as much stuff as the "Blocky fat Kunt" Ronnie you posted.

Just goes to show that new age BB can have the aesthetic look.

LOL. You got no idea buddy.