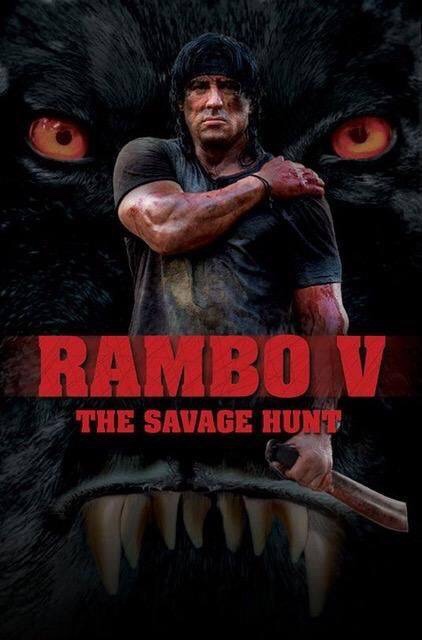 In 1982 the world was introduced to Rambo. The physically fit Vietnam vet just wanted to live his life, but the world has other plans.

When Sylvester Stallone first starred as John Rambo, he was a strong 36. Now, 36 years later, 72-year-old Stallone finds himself back in the gym getting ready to once again play Rambo’s character.


Stallone has been posting his workouts on social media and you can just feel the exhilaration and excitement. In one video he’s seen flipping a 250-pound tire, stating: “Getting ready for Rambo. Also just because you’ve REACHED a certain age doesn’t mean you have to FEEL that age! Keep punching, keep pushing!”

Stallone was the one who leaked the secret of the upcoming movie, Rambo V, which is set to release fall of 2019.

I tend to agree with his statement, someone else at 72 may not be able to do it but he can, so why not.

I'll watch it even though i'm not really into the Rambo movies.

Wonder what condition Stallones hearts in with his copious peds use for probably 4 or 5 decades....

He looks good though, better condition than most 30 and 40 year olds i'd say, well done!

I bet not many people on this board could out lift him in the gym and he'd also kick our asses in a fight.

great shape, but a lot of assistance too.

Of course but so what

just saying, is that ok. i am pretty sure many would look awesome too with that stuff, even when they get to 72.

How is he a cheat, he's doing it for his own use, he's not competing in anything

not going to argue, i am much more impressed with people who dont dabble, and those who dont get caught dumping growth hormone off a balcony.

no doubt he trains very hard and is disciplined.

No doubt harder than most men half his age

yes. he is inspiring in the sense that he has never stopped training. not many people over 50 can say that.

Hopefully his health is in check and i'd assume with his money and connections it is in check.