Show us your Home Gym

Sent from my SM-G920I using Tapatalk

Bit of a review of my new squat/bench combo rack.

WoodyAllen said:
Bit of a review of my new squat/bench combo rack.

Love the setup, the narration needs some work.

Shrek said:
Love the setup, the narration needs some work.

Check out some of the home fit-outs flex fitness has done .
Pr-it-tay kewl !

My plate racks (making 2, one for each side of the platform) are at last taking shape. The plate separators were difficult as they were all made by hand a few months back with no workshop. Just a blow torch and a cheap plumber's pipe bender, so they are not perfectly uniform. But I think they look pretty cool. For some reason I didn't use the set square on the first one so it's not vertical, but a couple of bangs with the hammer will fix that.

This is a rough copy of the Eleiko competition rack. I will add a tray underneath to add some rigidity and to give me a place to keep small stuff like straps or headphones or whatever.

One design change I made was having the plate separators welded under the tip frame, not on top. That way I can glue on a strip of right angle plastic so there will be no metal on metal contact with the plates, so the paint won't chip off the edges. Seems to be a common problem with the powerlifting plates when stored in metal racks that are not the tree style. I opted for this design over the tree style as then you aren't bending over all the time picking up the heaviest plates. Just shuttle them across to the barbell from waist height. Plus they are cool and for some reason remind me of Imperial Walkers.

I made sure the side plate storage posts were set so that the top edge of the 5kg plate did not hit any other plate sitting on the top post. Top post is also longer to take all the small change plates plus a competition collar. Had to weld the outer edge of that one, while with the shorter side posts I was able to do an internal weld. The original Eleiko has them bolted on, but that's primarily for shipping purposes.

The posts were a bit of a problem, as the Eleiko plates have pretty fine tolerances. Shitty plates have a gaper of a hole so they fit on anything (Sounds like a video I saw once on @Shrek 's Facebook feed). But Eleiko's are a tight fit and won't slide onto a 50mm post. I managed to score a bit of 49mm pipe at the local scrap yard. $5 for a 2m length. Score!

Once the tray is welded on I can start grinding to clean it all up then a few coats of paint. They will look like a bought one.

Final form, with shelf attached. I have also just received a bag full of round plugs so the plate pins are now closed off on the ends. Looks koowel.

New pullup bar. I used 25mm concrete reinforcing rod. Could not bend it with my blowtorch so ended up cutting four thin slits then bending by hand. That worked well. Used an iPhone level app to get the angles right. I used a drill and grinder to cut half moons on one end of each square tube so that it fit snugly onto the bar. Once it was all done I welded up the cuts in the rod then welded the angle iron and square tubing together. Used my steel brush attachment on my drill to make it all clean then spray painted it with truck bed spray.

I do all wide grip pull-ups but I also placed the holding square tube so that I could do chin ups as well, if I felt all bro and crossfitty. I use it most days to stretch out my back.

The ridges on the bar are probably even better than knurling. Feels real good. Whole thing was made for about $20 (got the steel parts from a recycle yard) including paint and bolts to hold it up there.

Some great work there, good to see people making stuff instead of just buying made in China options.

Big Mick said:
Some great work there, good to see people making stuff instead of just buying made in China options.
Click to expand...

Yeah i don't feel safe on some cheap chinese shit, thats for sure!

Like it mate. Need one haha.
Dont have the benefit of sub floor structure in my garage to accommodate. Might make one up for my rack.

Sent from my SM-G920I using Tapatalk

Used leftover rebar and other steel to make a couple of Bad Boi Barbells. Thought that two mini barbells or maxi dumbbells would take up a lot less room than a trap bar for shrug work. These feel real good in the hand. Thought I would put in some effort to make them calibrated and got them spot on 5kg each. 4.95kg each as parts then 5kg once the welding was all done.

Cleaned them up with my wire brush attachment on the drill then sprayed them with truck bed liner to give a nice grippy hard wearing finish.

Nice Gym Mike
I got all my first gym gear from samsons at rydalmere. 4in1 bench latpull down bars weights legpress back in late 80s great gear still have some of the gear now
looking forward to seeing your gym finished.
Last edited: Nov 15, 2017
J

Jason D said:
Nice Gym Mike
I got all my first gym gear from samsons at rydalmere. 4in1 bench latpull down bars weights legpress back in late 80s great gear still have some of the gear now
looking forward to seeing your gym finished.
Click to expand... 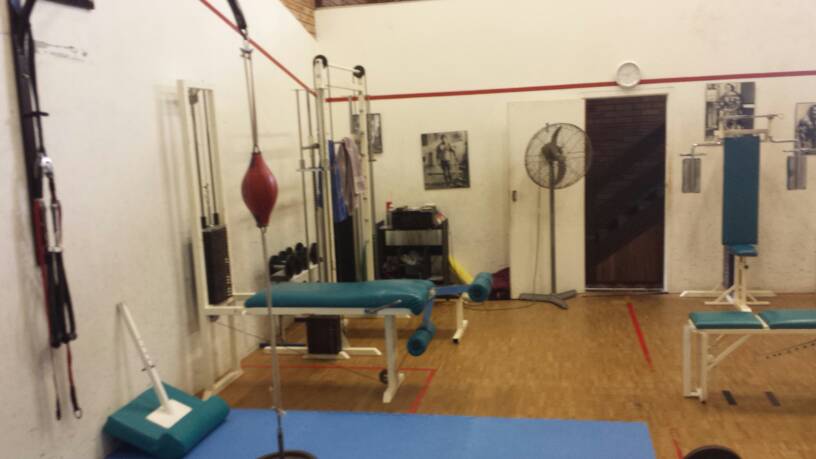 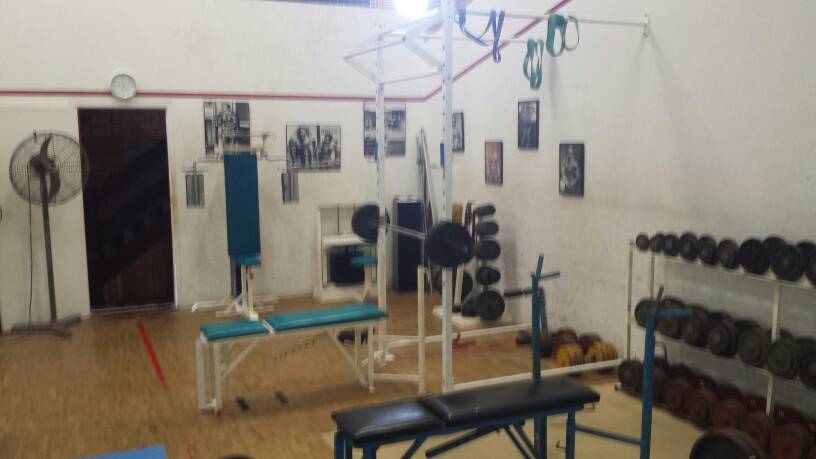 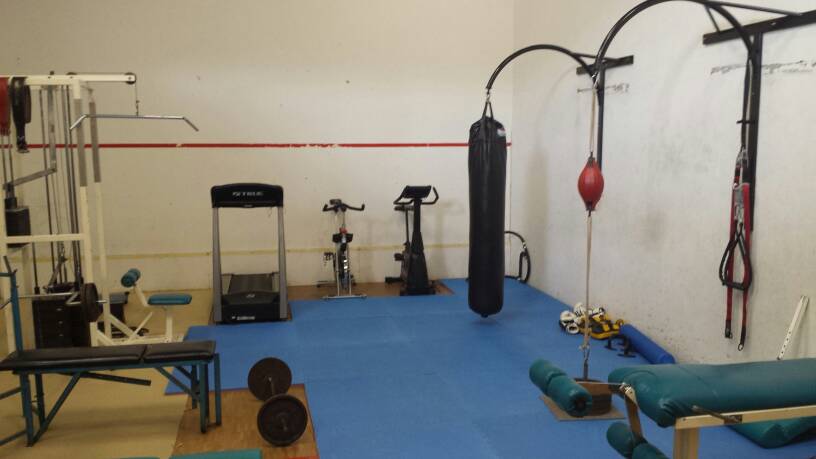 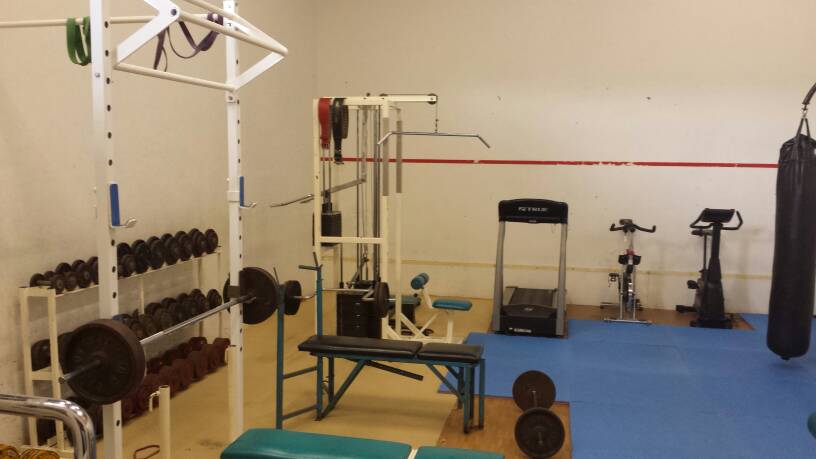 Sent from my GT-I9505 using Tapatalk

Is that a squash court?

Russell Coight said:
Is that a squash court?
Click to expand...

Yes mate it is a squash court they are not used anymore so i setup my gym in it
They are in our caravan park we run.